ALPA is the largest airline pilot union in the world and represents more than 67,000 pilots at 39 U.S. and Canadian airlines. Founded in 1931, the Association is chartered by the AFL-CIO and the Canadian Labour Congress. Known internationally as US-ALPA, it is a member of the International Federation of Air Line Pilot Associations.

ALPA provides three critical services to its members in the areas of safety and security, representation and advocacy:

ALPA’s founders chose “Schedule with Safety” as their motto, and that theme remains central to the union’s work today. Over its history, ALPA has been a part of nearly every significant safety improvement in the airline industry. The Association has helped to make airline travel the safest mode of transportation in human history. More than 600 working airline pilots volunteer to serve on local and national safety and security committees that help guide the Association’s work. The union’s aeronautics engineers and safety and security experts provide unparalleled independent analysis on emerging airline safety and security issues, as well as federal and industrial policies. ALPA is routinely granted "interested party" status in most major airline accidents, which means that ALPA accident investigators assist the National Transportation Safety Board and the Transportation Safety Board of Canada during onsite investigations and participate in associated public hearings. The union’s commitment to unbiased, fact-based evaluation of airline safety and security issues has won the Association an unrivaled reputation for excellence throughout the airline industry.

Over the decades, ALPA pilot groups have negotiated scores of contracts with hundreds of airlines. Today, ALPA staff offers its members the finest financial analysis available, in-depth knowledge of the Railway Labor Act and the Canada Labour Code (the legislation that governs airline pilot contracts in the United States and Canada, respectively), and the legal experience to defend pilot contracts. By leveraging the combined resources of all union members, ALPA is able to bring unmatched expertise to bear on matters affecting its members’ salary, benefits, and working conditions. 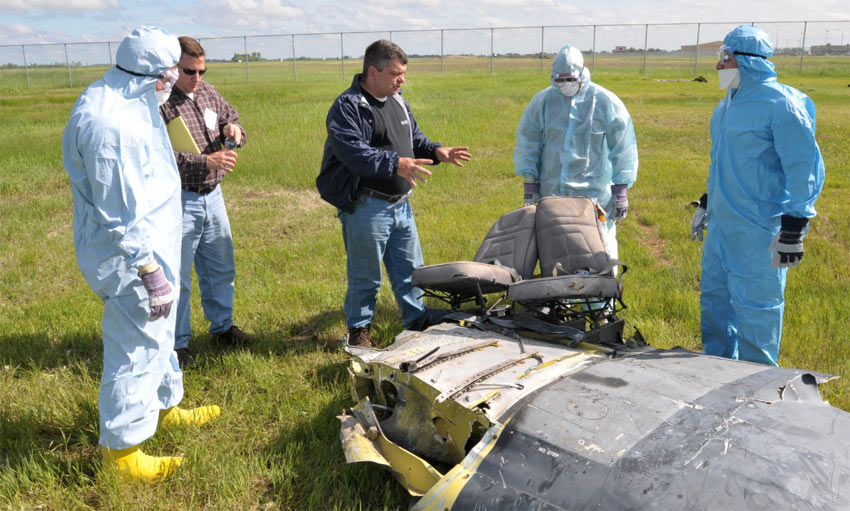 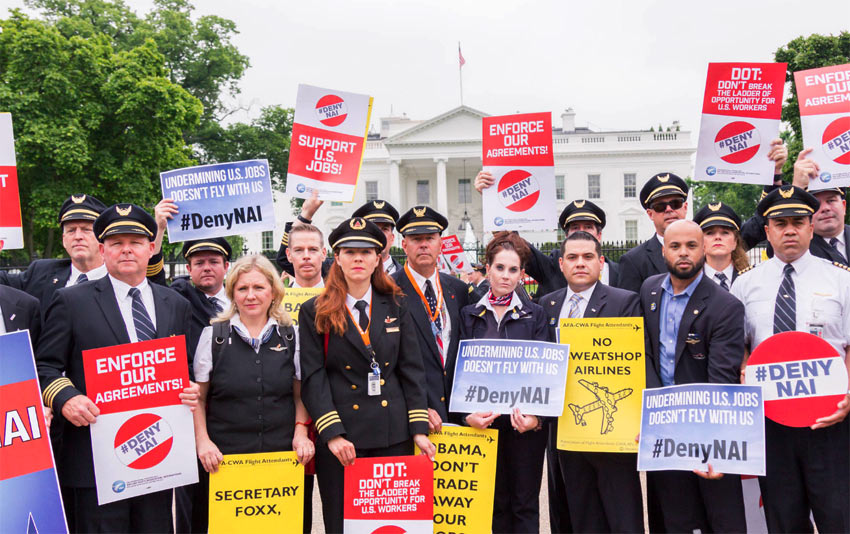 In May 2016 hundreds of ALPA members were joined by other aviation workers in front of the White House to demonstrate staunch opposition to Norwegian Air International’s (NAI) foreign air carrier permit application.

ALPA’s staff and pilot volunteers consistently represent pilots’ views to all airline industry decision-makers, including Congress, Parliament, the White House, and federal agencies. In Washington, D.C., and Ottawa, Ont., ALPA lobbyists successfully promote legislation that helps pilots and work to stop policies that harm pilot interests. ALPA’s national officers and pilot representatives are routinely called on to give their expert opinion before legislative committees and other influential governmental bodies.

At all levels of ALPA, pilots make decisions through the democratic process. All decisions start with our pilot groups. Each pilot group consists of all the pilots at a given airline. Pilot groups exercise considerable autonomy in governing their own internal affairs, such as negotiating contracts, enforcing those contracts, and discussing issues of concern with their companies.